The everyday nutrition of the Under The Bar hosts

The everyday nutrition of the Under The Bar hosts

Rawdon Dubois and Tom Hewett break down their every day nutrition, and guidelines for their clients

For once Rawdon and Tom managed to answer a listener question, and give an example of their everyday nutrition.

In Episode 43 the boys discuss a listener question from Noah that came through the website. He wanted to know what strength trainees eat when they are doing it right.

Have a read, if you’re game…

This segment starts at 4:10

“I’m a listener of your podcast and a big fan, it’s the podcast I look forward to the most out of all the ones I listen to.  Good job.

I have an online PT right now who has given me macro recommendations, but I’ve never been good at feeding myself, so I was really looking forward to some real-world examples of what strength trainees eat when they’re doing things right.

I’ve looked, but most of what I find online uses exotic ingredients or takes too long and doesn’t take well to being prepared in advance.

Someday, it would be nice to start eating meals instead of just ingredients which is what I usually do, protein, gulp, fat, gulp, carb, gulp, fibre, gag.  Done.

I’m fasting today, and about to try out a touch of Yohimbe.

Rather than packing up five different boxes of food each morning, Tom does a big cook-up on Sunday.

Tom gives the example of his working week where he is working from early to late. This week he chose chicken as his protein, so he cooked a few big organic chicken breasts in coconut oil and seasons them with chilli, Himalayan salt, and some pepper.

He gets a massive container, fills it with greens with a drizzle of olive oil and pops the chicken on top, then he’ll chuck in some nuts, like brazil nuts. Sometimes as an alternative he’s bring along a jar of peanut or cashew butter. Then Tom will just chip away at that throughout the day.

But Rawdon tells Noah to be careful of those nut spreads, one spoonful will not be enough. They are very tasty. Be warned.

Tom says his protein intake is pretty much always the same.  Then he just manipulate carbs.

His protein intake would be somewhere around about 160, 170 grams a day.  Not a huge amount, but more than enough. It works out at about 1.8 gram per kilo of body weight. As Rawdon says, Tom is maintaining muscle and good shape, so that’s more than enough.

If Tom wants to increase his calories: He adds more fat and increases the amount of carbohydrates he has post workout.

Tom’s nutrition guidelines for his clients – if you’re game

For his clients, Tom would like to see them consume at least five different animal proteins per week.

He also recommends white fish, and there’s lots of varieties you can have there, some salmon, and eggs.

That’s an example of there’s probably 10 or 11 different kinds of protein you could chuck into the mix there.

For the fats, Tom likes

For those who can tolerate lactose, he allows a bit of cream here and there.

Carbohydrates wise, Tom recommends white rice, basmati rice, and white potato. He’d allow white quinoa around the workouts.  For other meals, Tom tends to go a little lower on the GI Index, maybe the sweet potato, the brown rice, and the red quinoa.

In Tom’s eyes, the reality is, eating for health and performance isn’t necessarily the most indulgent food experience. It is a means to an end, but it doesn’t have to be totally bland either. There’s an argument to say that you actually shouldn’t try to get to too extravagant with things because it leads you down the path of wanting to eat more extravagant things.

The reality is eating for health and performance isn’t necessarily the most indulgent food experience.

How do Rawdon’s clients get the tick of approval?

Rawdon’s clientele are a specific demographic, most of them are PT’s.

If they’re not personal trainers, they’re balls deep in a competition prep.

So, Rawdon actually instructs them to be quite bland and like Noah says – protein, gulp, carbs, gulp, fats, gulp.

Rawdon doesn’t want them to cook in fats because that’s going to not be an accurate intake of 20 grams of fat.

So, literally for Rawdon’s clientele, if they’re gulping Noah’s doing, a tick of approval and well done.  You can continue working with him, you don’t have to be sacked just yet as a client.

But all jokes aside, Rawdon does recommend variety.

The white meat choices for his clientele would be turkey breast, chicken breast, or pork.  There are similar protein and fat profiles for those three proteins. Pork is a red meat but it has a similar macro breakdown as white meat.

Like Tom, Rawdon recommends a wide variety of red meats: lamb, beef, kangaroo, some game meat if they can, and veal as a variation from regular beef.

He also recommends the white fish and salmon.

Rawdon likes to use egg whites, however clients normally over-consume eggs of prior to coming to him.  Generally, he pull eggs out, but gives them egg whites, particularly pre bed. If long term clients can’t stomach the meat in the morning, occasionally Rawdon will let them have egg whites and make some sort of omelette in the morning with fats.

The fats Rawdon recommends are

The nut sources that he like a to use to keep it simple, keep the variety, but with similar macro breakdown are peanuts, Brazil nuts, and almonds.  They’ve got a similar protein, carb, and fat content.

Rawdon recommends that if you start going for cashews and all other exotic nuts like macadamias, it just throws out the macros out. Those nuts have more carb and less protein.

Rawdon will give his clients a list of vegetables. While he’s not too concerned with nightshade vegetables bit  generally he likes to go for a lower FODMAP vegetables.

FODMAPs are a type of carbohydrate in a lot of the vegetables. Low FODMAP choices for them, from an overall reducing inflammation perspective.

Clients get a selection of about 10 different vegetables that they can choose from and an amount to consume. It’s about less than or equal to 200 grams of vegetables , and then I obviously give them raw measures of everything because when you cook foods the measurements go out, so if they pan fry or they oven bake or they boil it, weights will be different at the end, so Rawdon just give them raw measures for everything.  This applies to carbohydrates as well.

Rawdon recommends jasmine rice and white long grain immediately post training. Although he will usually supplement with the high GI powder post training, so then it doesn’t really matter what the GI of the carbohydrate is after that because he wants that to slowly be absorbed anyway.

Pre workout he’ll use lower glycemic carbs, so the brown rice, sweet potato will be used there.  Aside from that, for his clientele, he recommends minimum rock salt, and lemon and herbs.

Rawdon tells his clients to eat very bland so they can emotionally disconnect from food. He really doesn’t want them to have any emotional attachment to food or longing for a meal.  And no cheat meals unless it’s a special occasion, an anniversary or a birthday or something like that.

This is not guidelines for not the general population, it’s not long term clientele, so he can be a little stricter and a little bit more definitive with his recommendations.  But everything’s done for a reason.

When clients are prepping for IFBB shows or photoshoots they expect a certain amount of of detail and  Rawdon provides enough variety in their nutrition plans, but not an excessive amount.  When clients are given too many options they can become confused and don’t know what to consume.

Rawdon works from home and his business is online, so all his meals are prepared in the morning.   But usually if he’s at home, it will just be made from scratch. When Rawdon is in a cutting phase he does actually measure protein.  When he’s not cutting, then he doesn’t measure, and relies on more a a ballpark figure.

What do you think? Can you handle Rawdon’s short term guidelines?

What nutritional guidelines do you implement for your clients?

Let us know in the comments! 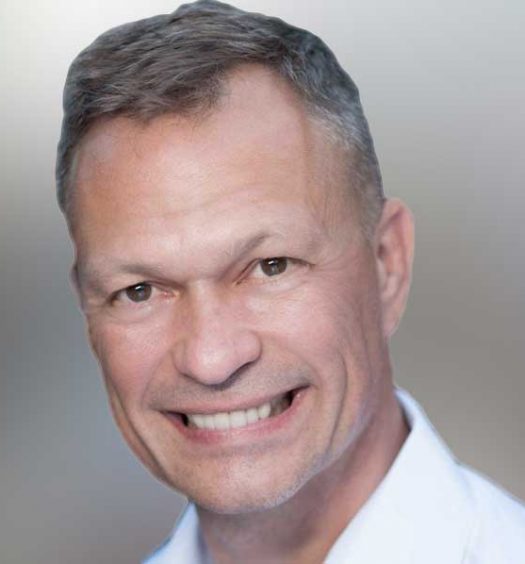